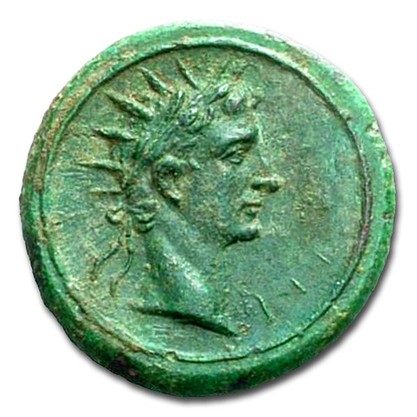 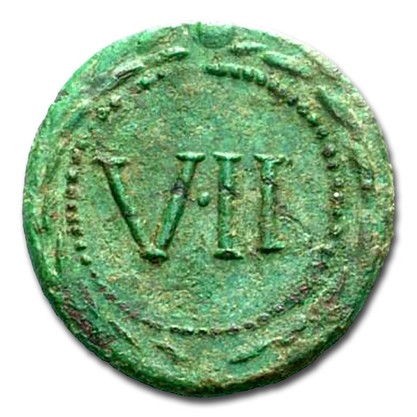 Between the end of the Augustus reign and of the Tiberius one, in a relatively short period of time, were issued tesseras with a diameter of about 20-23 mm. They were characterized on the reverse by a roman numeral (generally from I to XVI) or by the legend AVG, often enclosed within the "triumphal crown" - a laurel crown closed above by a circular stud, put on coaches in occasion of triumphs. On the obverse, there are various images, such as an imperial portrait or mythological and erotic scenes. The metal used is usually orichalc, an alloy of bronze with significant traces of zinc (similar to brass), also used for some issues of coins in official mints (above all sesterces and dupondius) from the Augustus era to the Nero one. Tesseras with erotic scenes are also designated with the term "spintria", word of uncertain etymology, mainly used by Romans to indicate passive homosexual youths. Nowadays the number of tesseras still existing is very limited; therefore they are considered very rare, with very few known exemplars for each combination of issue.
Because of the erotic component, unusual on roman coins, collectors searched so much these "spintriae" since the Renaissance. Today many exemplars are known - probably Renaissance and modern copies - even in public collections. About their function, according to the prevailing theory until now, these tesseras were used to pay "performances" in brothels: numerals should indicate the axis number to be paid. However, it should be noted that most of the coinages used for the reverse (with numerals) of "spintriae" was also used in combination with non-erotic images, such as imperial portraits. We have to admit not only the unicity of the mint, but also a certain analogy of functions, considering also the considerable rarity of these tesseras and the frequent presence of the "triumphal crown". They were probably a sort of counters used in a game currently unknown, in accordance with the known passion of Romans for board games. In this case these games were played in certain high-ranking military environments close to the imperial family during special moments, just like above all the triumphs of Tiberius era.

(Albert Campana is currently working on a corpus of these tesseras, which takes into account nearly a thousand exemplars of public and private collections). 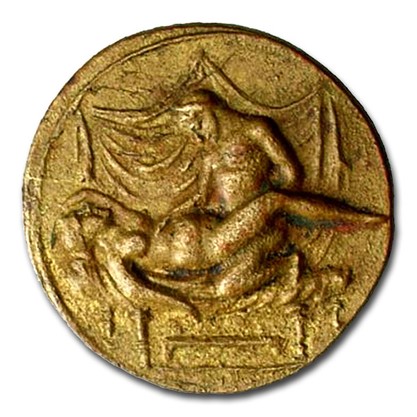 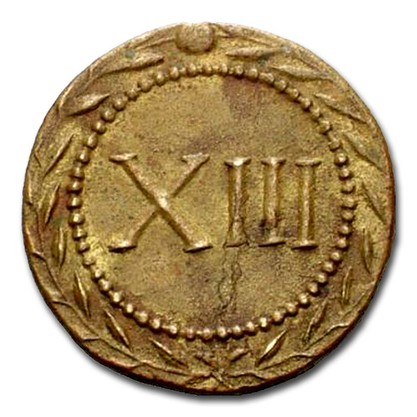